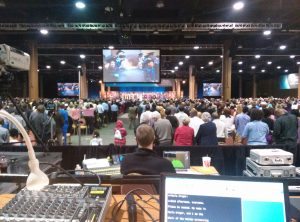 For the second time in as many years, All Good Reporters was  honored to provide CART services for the hearing impaired at Walden University’s commencement ceremony held at the Gaylord Palms Convention Center in Orlando this past January.  Edna Adan, former Foreign Minister of Somaliland, delivered an inspiring, anecdotal and funny keynote address.

You may or may not be aware, Ms. Adan was the first woman to drive a car in Somaliland; one of the few women educated in her time — thanks to the foresight of her father, a doctor; trained as a nurse/midwife and founder of the Edna Adan’s Maternity Hospital in Somaliland. 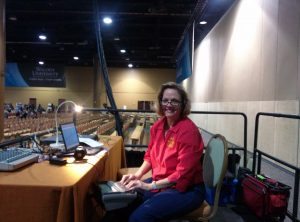 As she was recounting her struggles in establishing and raising funds to build the hospital — on a former garbage dump site no less — she got a rise out of the audience when she told them: “In the middle of building the hospital, I ran out of funds.  There were a few items of jewelry I had put aside for a rainy day and I sold them.  I used that money to buy the pipes, the washbasins and the toilets for the hospital.  So I use my jewelry several times a day now!  Why not?!”

CART work takes a lot of effort and preparation, a lot of time and energy both before and after assignments, but listening and writing the words of such awe-inspiring people as Edna Adan makes it all worthwhile.