My husband and I recently switched mobile phone plans.  Our new phones were delivered yesterday:  He got the Samsung Galaxy II and I, the HTC Sensation Android.  They both have all the bells and whistles you could ask for — only mine has a larger screen and a better camera.  Not that I take a lot of pictures, but I do prefer a bigger screen (even with Lasik surgery 🙂 ).

As I’m sitting here reading through this multi-page start-up manual, I started thinking about how far technology’s advanced just in the past few decades.  When my maternal grandmother and aunt grew older, they lived half the year at our house and the other half with another daughter in Sarasota, Florida.  My grandmother had nine children, so not much got past her.  Even though she was not college educated, she was still a walking dictionary and we’d spend hours after school talking about various subjects.

One favorite subject was what she did when she was younger.  That’s always a great conversation starter.  You never know what to expect.  I have a friend in her 70’s who drives a Hummer and at one point in her life, she worked for Jimmy Hoffa.  Who would’ve guessed!  Well, for a long time, my grandmother was a telephone operator, back in the days when they had those large switchboards with all those cables and holes to plug them into.  I think telephone numbers were only three digits at the time.  People would call in requesting connection to so and so, and she’d connect them. 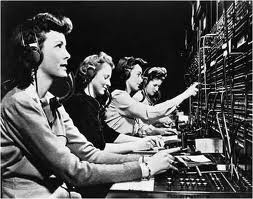 The majority of the lines were also party lines, which meant more than one family had the same phone line.  So you’d be at home, wanting to call someone; you’d pick up your handset and lo and behold, you’d hear someone else talking.  Of course, you weren’t supposed to listen in, but you know how that goes.  Almost like a precursor to all these social media sites!

When I started working, cell phones were a distant memory.  I remember many a time driving a distance, showing up for a depo, and in the interim, the depo canceling.  Not a good thing.

Or,  my youngest brother taking messages on the phone about my jobs the next day    . . . and forgetting to tell me.  It was a good thing he was only about ten at the time.  Otherwise, aggravated battery would be showing up on my background checks!  Thankfully, that only happened one time and thereafter, I made sure I called in each evening. 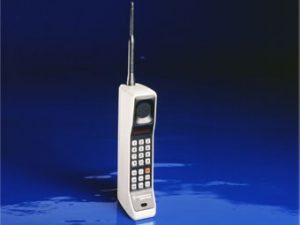 Then, the phones got small enough to fit almost anywhere, but with PC technology already installed.  You could send your realtime text files over the internet right to someone’s cell phone! How awesome is that for your remote CART students or even remote experts?

Of course, they were so small, you’d have trouble finding them or you’d leave them in plain sight and still couldn’t see them.  I don’t know how many times I’ve put mine on the car and drove off.  The last time, my husband had to drive two hours to retrieve my phone from a Good Samaritan who found it in the parking lot and called.  That time, it cost me a gift card and a thank-you note.

We were just at the mall picking out covers for our new phones.  The salesperson says, you know, they’re coming out with a phone that’s almost the size of an IPad.  I laughed out loud at the thought of it.  Large phones that you lug around in a bag everywhere.   Hmm, is that what they mean by dèjá vu?  I’m almost positive I’ve experienced that before! 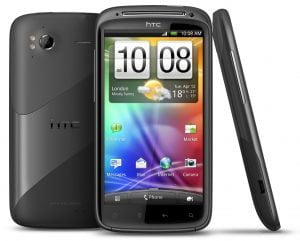