I read with interest the latest news on the George Zimmerman case playing out in a Seminole County courtroom. Donald West, a local A+ criminal defense attorney, left the Federal Public Defender’s office to join Mark O’Mara’s defense team. 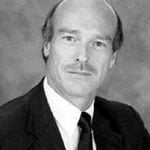 As luck would have it, once I moved to the Federal system, Mr. West joined the public defender’s office and Mr. O’Mara appeared in our court representing many defendants in the decade while I worked there. It was always a pleasure to work with both of them, knowing that all the I’s were dotted and all the T’s were crossed. They’d do their job and in the process, they made everyone’s life easier . . . except the prosecutor’s, of course!